Posted May 9, 2015 by Lydia under Climate Change 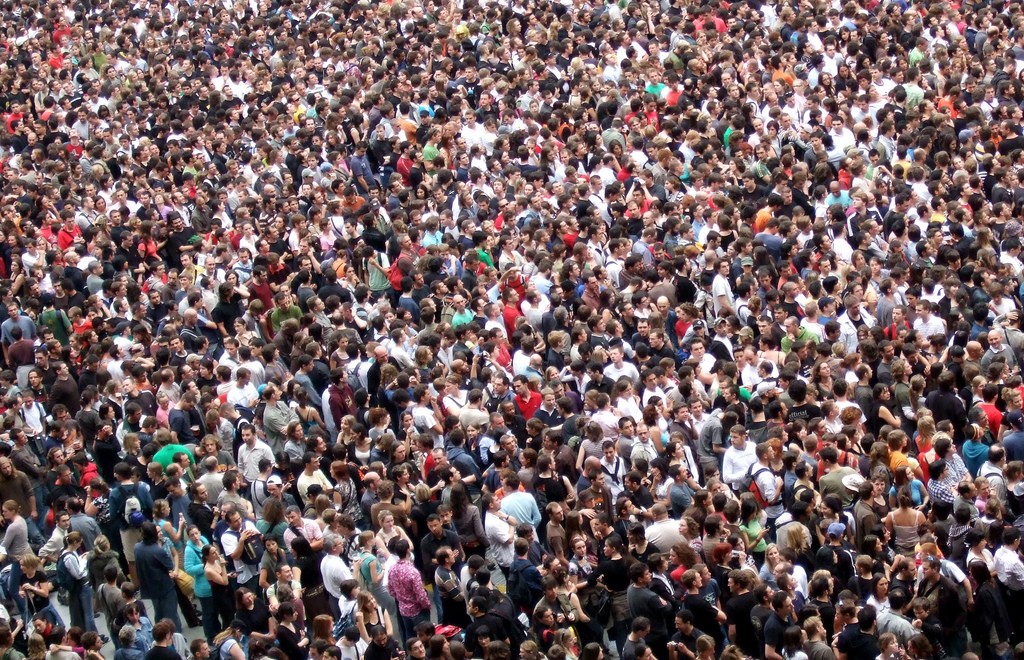 In my last post, I argued that individual actions and decisions can make a difference when it comes to climate change, and other environmental problems.  But only if lots of people take part.  The question is: is it really realistic to expect enough people to make this kind of change in their lifestyle and behavior?  This post will address the second big argument against advocating individual action against climate change: “you can’t expect people to change”. 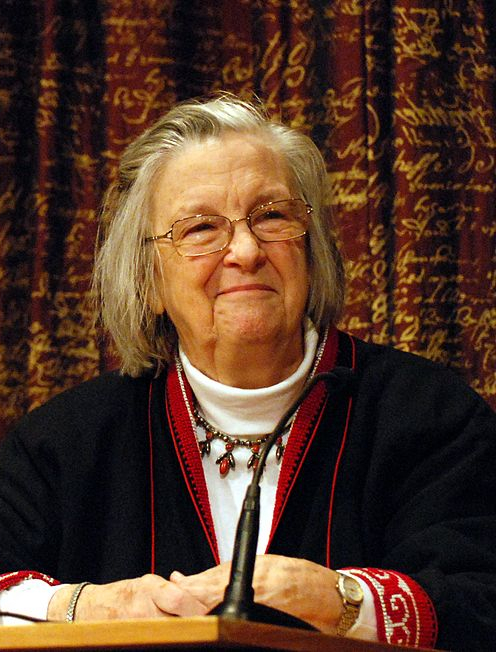 To start, let’s think like an economist.  In fact, let’s think like my favorite economist, Nobel Prize Winner Elinor Ostrom.  Ostrom has called climate change “a classic collective action dilemma—and potentially the largest dilemma the world has ever knowingly faced”.[1]

A collective action dilemma is where everyone contributes to a problem and everyone benefits from solving it — but everyone benefits from the solution even if they don’t help.  In the case of climate change, even people who continue to burn tons of gas, waste massive amounts of food, and use high levels of electricity (e.g., Americans) will benefit from climate change mitigation actions taken by everyone else.  This gives people very little personal incentive to act — why should I reduce my emissions when I can just rely on others’ reductions?  We call these people “free-riders”.  The problem is, if everyone free-rides — relies on other people to solve the problem — climate change will only get worse and everyone will suffer.  Moreover, if everyone knows there might be free-riders — that other people might not be helping with the problem — there’s even less incentive to act.  What if I make all these changes in my life to try to fix the problem, and noone else does?  Climate change will still get worse and I’ll look like an idiot.

The classic response to a collective action problem is external regulation.  Noone is going to change on their own, so you need to pass a law to make them change.  Then everyone will benefit.  The problem here is when it comes to climate change, top-down regulation isn’t working.

Elinor Ostrom won her Nobel for showing that there are other ways to solve collective action problems — i.e. under certain conditions people will work together voluntarily and without external coercion to solve certain environmental problems … and in some cases, they can do so even more effectively and efficiently than a government regulator.[2]  So, when will people work together?  Under these conditions:

What does this mean in real life? Four things: commitment, information, accountability and communication.  First, people need to commit, which involves taking individual responsibility for the problem and for finding the solution — in the case of climate change this means not just blaming the oil companies or the politicians but recognizing that individuals — me and you — are real drivers of climate change and can and should do something about it.  (If you’re not convinced about this yet, the next post will try to drive it home).  Second, people need to have good information about what the problem means and what they should do.  There are a lot of very well-meaning people who want to help solve environmental problems but take the wrong approach based on incomplete or wrong information.  This blog will, in part, try to address this.  Third and fourth — accountability and communication — have a lot to do with being part of a community.

Let’s say you live in a community where no one agrees on the need for change.  You are literally the only person you know who thinks climate change is a problem.  Maybe you’re committed.  Maybe you have good information.  But you have no evidence that anyone else is doing anything to solve the problem, and you know that your impact alone is negligible.  Moreover, noone else will care or even know about all the wonderful sacrifices you’re making to save the world.  This is the classic case where if you keep taking action all by yourself you really risk looking like an idiot

Now let’s say you live in a community where people ride bikes to work, eat at vegan cafes, and — most importantly — talk about the climate problem.  Here you have a community of people who agree on the need to change, who communicate with each other, and who will probably watch each other to see that others are maintaining the standards. 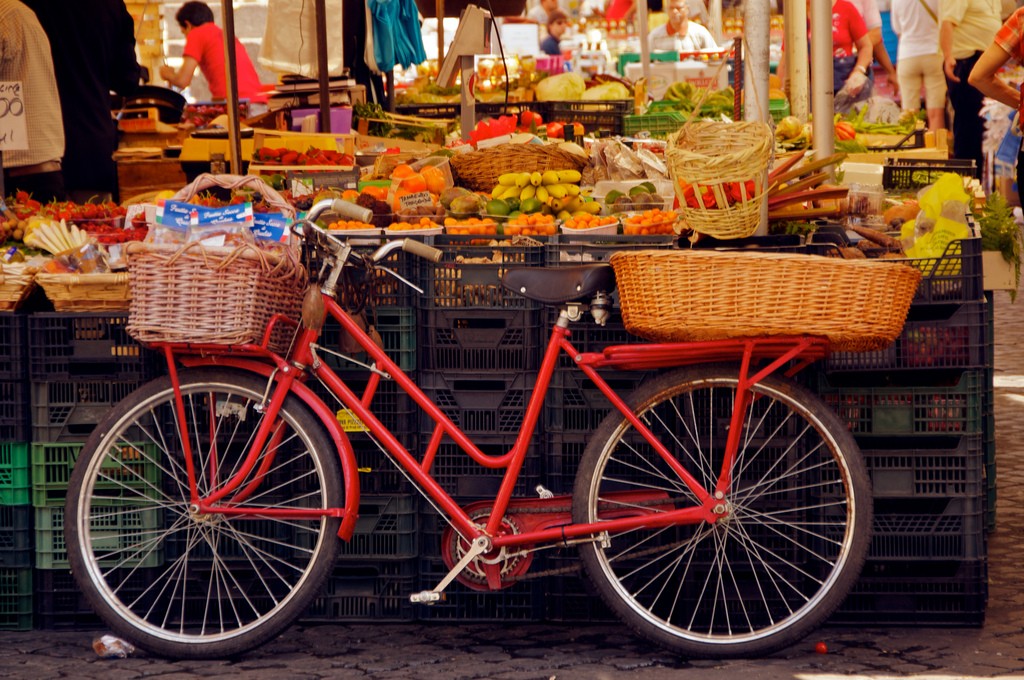 [“I saw Mike at the farmer’s market yesterday, and it looked like he was buying cheese!” “WHAT? I thought Mike was a vegan!” “I know!”]

[“Did you hear that David and Sharon are getting solar panels this weekend?” “No! Well, Sarah and I only heated our house to 62 degrees this winter, and this summer we haven’t used air con yet at all.”]

Fortunately, these days our communities are no longer limited by geography.  Online communities can provide the same sort of support and information-sharing, and even, to some extent, accountability — being able to show off your actions to an online community can be as much incentive to maintain behavior as worrying that your neighbor is spying on you at the farmer’s market. (Why do people post on Facebook after they’ve gone to the gym?)

So we know that in theory people can collectively change under the right conditions.  But does this work in practice?  Of course it does.  There are loads of examples of groups people voluntarily doing something or giving something up for environmental or ethical reasons.

% Americans on a Vegetarian Diet[3]

For example, until the 1990s, fewer than 1% of Americans were vegetarian.  By 2012, about 4% of Americans were vegetarian, of which 1% were vegan — this comes to 12-15 million people.[3] (Ignore the slight drop in 2012 — they changed the way they ran the survey, and it’s still within the margin of error).  Probably about half of these are motivated at least in part by environmental reasons.[4]  That’s over 6 million people implementing a pretty drastic change in their diet for environmental reasons.

Let’s take a bigger example.  Recycling was one of the first big environmental movements that focused on individual choice rather than government coercion.  And, in terms of getting people to act, it was a runaway success.  A 2007 Harris Pole found that 77% of Americans recycle.[5]  That’s over 230 million people.

One more: fur.  Now, I am not advocating boycotting fur (as far as I’m concerned, fur is only peripherally an environmental issue).  But it is example of collective action driven by social pressure.  Between 1988 and 2009, the number of mink farms in the US dropped from 1027 to less than 300, and fur farming was banned in the UK and Austria.[6]  This coincided with the rise of public and highly vocal anti-fur activism that focused on wearers, not just producers.

Again, I’m certainly not telling you to stop buying fur, or recycle more, or even become a vegan (yet).  At this point I am just using them as examples to show that people can and do take individual action to solve collective action problems, even without government regulation.  And if we can create the right circumstances — sufficient commitment, information, communication and social accountability — we as individuals absolutely can work together to address the environmental crisis.

But is it fair?  Even if we can do something, is it really our responsibility?  I’ll address this in my next post, the last in this series, “Individuals and Climate Part III: Life isn’t fair (and neither is climate change)”.

[2] Elinor Ostrom, “Governing the Commons: The Evolution of Institutions for Collective Action,” (1990).

[3] Data from Vegetarian Resource Group; Note that these poles asked questions based on actual diet, not whether the respondents consider themselves to be vegetarian.

[4] http://www.vegetariantimes.com/article/vegetarianism-in-america/ Note that this study is from 2008.

Individuals and Climate Change Part I: Nothing I do can make a difference